It’s Going to Get Worse Before It Gets Better

Many of you have just started medical school and I want to congratulate you and remind you that no matter how bleak it looks during the first few months of first year, the time will pass and one day you will look back and wonder where the four years went.

That doesn’t mean, however, that it’s going to be a bed of roses and that you will come to enjoy every precious minute of your adventure. In fact, it is going to get worse, much worse, before it gets better. And then it will get worse again but after that I don’t know because I haven’t got there yet.

I enjoyed the first two years of medical school. I studied, of course, and as you faithful readers of my humble blog know I probably should have studied harder. Still, after the initial shock of the first couple of months of first year things weren’t really that bad. Unless you are at a school that does a lot of the so-called “Problem Based Learning” (or PBL) where you pretty much have to show up every day because your absence from your small group will be missed, you are on autopilot during first and second year. With the exception of anatomy lab and a few other mandatory functions, you can pretty much come and go as you please and only show up for the tests.

Because I was kicked out of college in the early eighties, in part because I never went to class, I have something of a fetish about attendance. On the other hand, I knew that if I was late or just didn’t feel like going it it was no big deal. I skipped a day, for example, to pick up my puppy Daphne from the animal shelter and get her settled at the house.

As you are no doubt discovering, most of your professors give you acess to their Powerpoints, notes, and even videos of the lecture. Not to mention detailed syllabi and even, at most schools, a student-run note-taking services. It is easy to skip class, especially since most schools do not have mandatory attendance.

My point? Don’t freak out over first and second year. While there is a lot of material, if you play your cards right you can treat medical school like a regular job and avoid the stress that will turn many of your peers into jittery freaks. During first and second year we got every federal and state holiday, a long Christmas and Spring break, and eight weeks of vacation between first and second year. Additionally, you can show up to class in pajamas (because medical students often wear scrubs even if they have no clinical need for them) at whatever time you please and also depart at your leisure. If you were only to chill out a little and not obsess over how hard you have it, you will find that there are plenty of hours in the day for study, exercise, recreation, or whatever your taste in procrastinating.

You just have to have a little self-discipline. Maybe we can call it “slacking with a purpose.” In other words, you have just got to prioritize. If attending seven hours of lecture a day and then studying into the night is burning you out, then stop going to lecture but have the self-discipline to spend that free time studying. First and second year are self-study anyways. You will have the notes, you will have the syllabus. You will, God forbid, have the textbooks if your taste runs in that direction.

I was fortunate to go to a medical school that was lecture-based but had cut the number of lectures down to a more reasonable day. It was unusual to be in class past two and this gave me plenty of time to study before going home. I spent more time with my wife and family during first and second year than at any other time in my life. My wife used to say, “Hey, I thought you were in medical school.”

So when does it get worse?

After two years of keeping your own hours suddenly you will find yourself stuck places. Stuck in clinic. Stuck with your team as you round for hours and hours. Stuck attending conferences where your absence is not tolerated. Stuck on call. Stuck looking like an idiot on numerous occasions or worse yet, stuck in the role of fifth wheel

I have worked my whole life and first and second year seemed like a vacation. Third year was like going back to work. I liked it but I’d be lying if I said I was thrilled to death on the first day of third year in my spanking-new short white coat opening the door to my very first real patient’s room with only a vague idea of what I was supposed to do.

So enjoy first and second year. Here is some random study advice. Remember who’s giving it to you. I didn’t exactly cover myself in academic glory. On the other hand I think even the most cynical and vindicative will see the logic to my method.

After I recovered from the initital shock of the first test of first year, I adopted a more disciplined approach to studying which included the self-discipline to stop studying at the designated time. You can cover a lot of ground in four or five hours if you avoid distractions. If you read Powerpoint notes then you can probably read a whole week’s worth in two hours. Additionally, BRS and other review books are made to be read quckly.

I favor repetition over trying to get something down the first time. I despise brute-force memorization and refuse to do it.

Let me reiterate my test-taking theory for all of you new people: Most tests are multiple choice. At most schools, every lecture accounts for three or four questions on the test. Most tests (at my school anyways) were around two-hundred questions which means you can miss 60 questions and still pass. Suppose you have a lecture on the Krebb’s Cycle in which the professor has warned you to memorize every intermediate reaction and every product or suffer dire consequences. Suppose most of the other lectures are concept oriented and not as nit-picky.You, my friend, now have a choice. You can devote hours and hours of finite study time memorizing boring and unimportant details which you will forget five minutes after the test or you can completely blow off that lecture and devote your time to other topics which are not as difficult.

At the very worst you will sacrifice three or four questions on the test. Probably less because you can probably make an educated guess or two. My point is that you can always select four or five of the worst lectures to completely blow off.

This is hard to do. Our instinct is to fight and claw for every point but sometimes this is counterproductive. I dreaded studying some subjects because they were extremely boring. I felt a lot better about studying once I admitted this to myself and stopped trying to fight it. 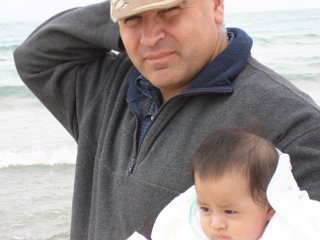